We know our way around the Iberian Peninsula.

Our Network on the Iberian Peninsula.

With the full integration of Azkar into the DACHSER network, we are the ideal partner for your logistical challenges throughout the Iberian Peninsula. See for yourself!

Our Network on the Iberian Peninsula.

With the full integration of Azkar into the DACHSER network, we are the ideal partner for your logistical challenges throughout the Iberian Peninsula. See for yourself! 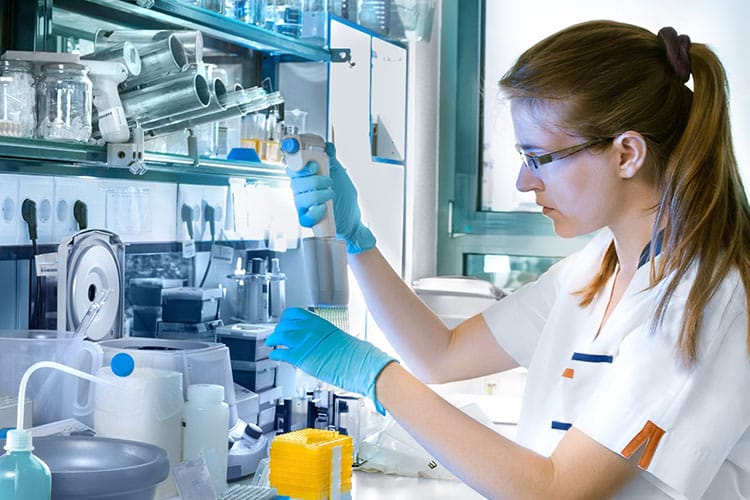 All of our branches on the Iberian peninsula are ISAQ certified. 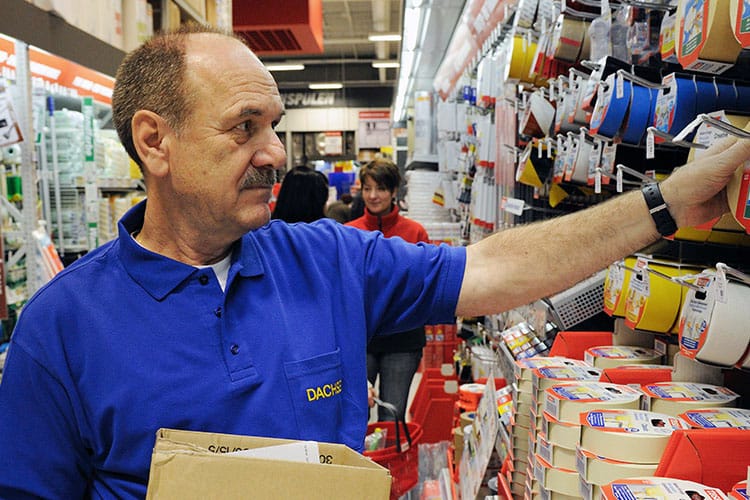 With the "supply pipeline", we offer you a unique industry-wide service to guarantee an uninterrupted flow of goods. 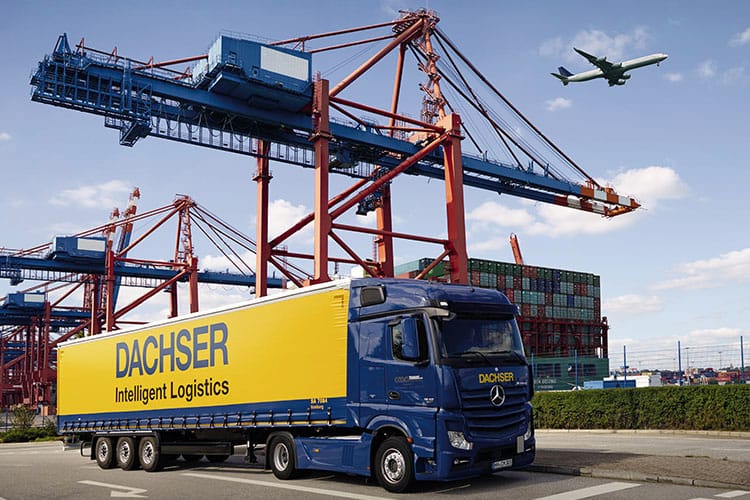 With DACHSER you always retain control. You are able to respond to changes in your core business quickly and without any loss of quality.

From a single package to a complete truckload DACHSER can provide custom solutions, espacially for your logistics requirements. 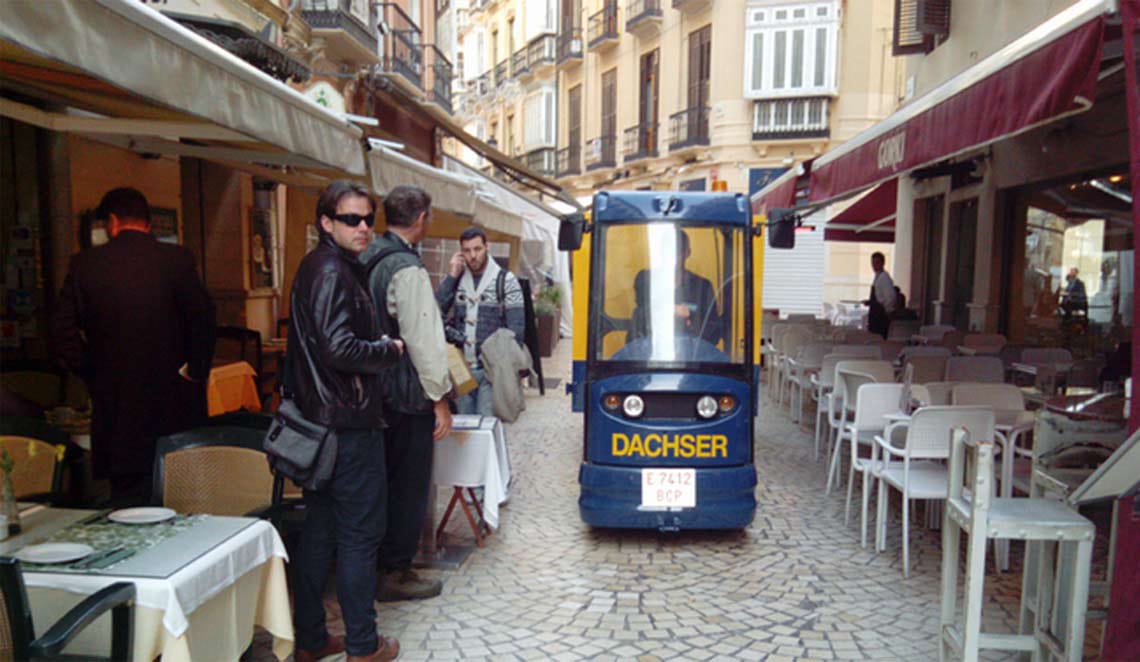 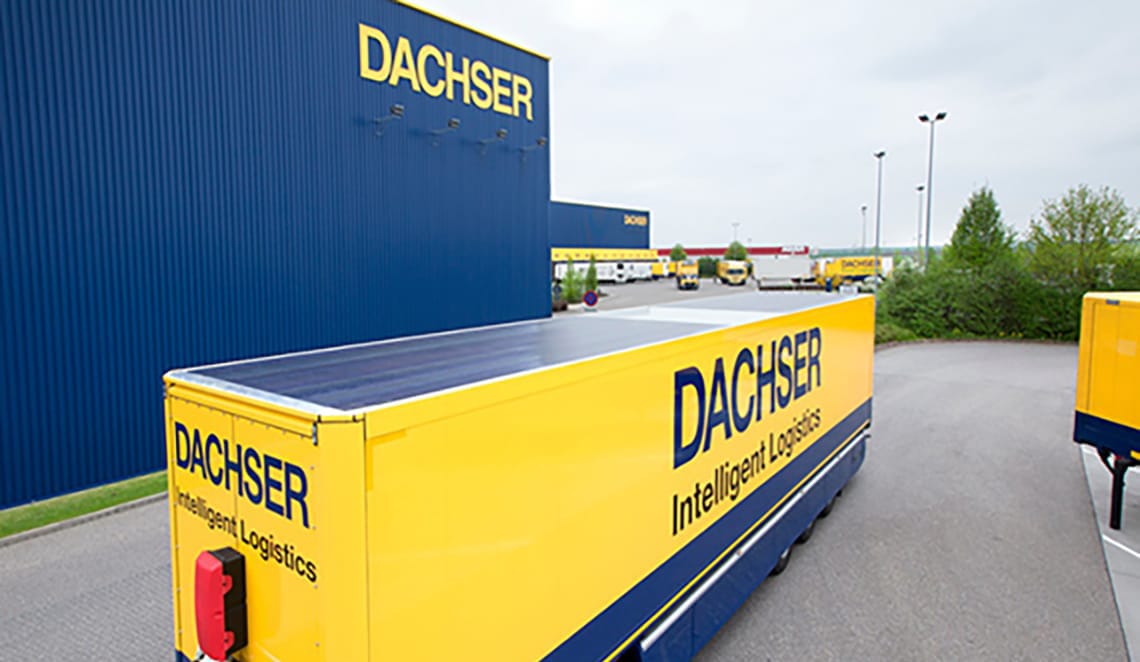 For several years now, DACHSER’s Network Management & Organization division has been conducting research with the prototype of a solar trailer, which has been deployed locally near the Logistics Center Ulm. 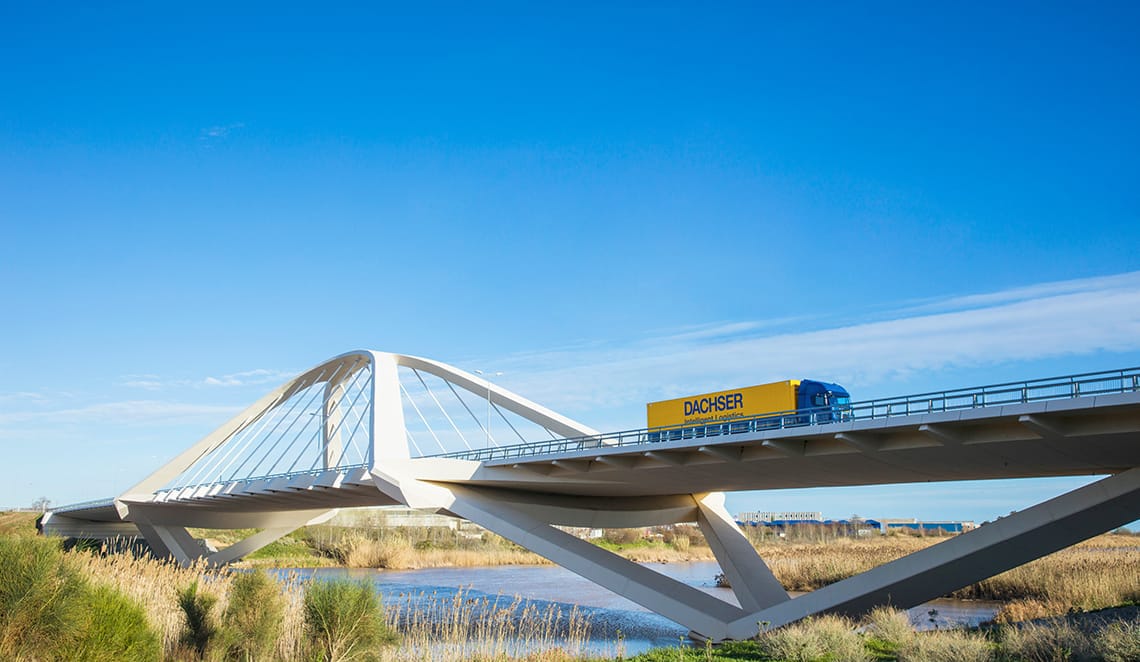 Our three standardized product lines targospeed, targofix and targoflex cover the various requirements of our customers for national and European transport. entargo stands for a uniform service portfolio with consistently high quality standards - national as well as across borders.

locations on the Iberian Peninsula

Do you want to know about the Iberian peninsula?

Please contact us and we may advise you. If you like we are pleased to send you more informations.

We are looking forward to hearing from you!

The Plaza Mayor is one of the landmarks of Madrid that should not be missed. The large square is located in the heart of the city. Construction began in the 16th century on the orders of King Philip III, whose bronze equestrian statue stands at the center of the square. The square, which opened in 1620, is rectangular in shape and surrounded by an arcaded sidewalk. In the past, numerous public events such as bullfights, processions, festivities, theatrical performances, proceedings of the Inquisition, and even executions took place there. Under the arcades are numerous traditional shops, as well as bars and restaurants.

The Hercules tower is one of the world’s oldest Roman lighthouses still in operation. It is located between the Bay of Orzán and the Gulf of Ártabro. It was built during the reign of Emperor Trajan in the 2nd century BC and rebuilt by Charles IV in 1788. The tower has a square floor plan and is 68 meters high. Its light can be seen from a distance of approximately 32 nautical miles.

The Hemisfèric is a digital 3D cinema with a huge concave 900-meter-long screen that nearly surrounds the audience. Several films are presented here daily. They are mainly documentaries lasting no longer than 45 minutes and are suitable for all ages. Innovative 3D glasses which give you the ability to set the language of the film are included with the ticket of admission.

The Explanada de España is a famous promenade where many locals and tourists like to spend their free time. Spending a convivial evening here is a great experience. Traditions and hospitality are a high priority in Spanish daily life. Traditional festivals and events are also held here at regular intervals.

Park Güell, famously touted as Antoni Gaudi’s tribute to nature, is one of the best-known attractions in Barcelona. The world-famous winding bench decorated with mosaic tiles overlooks the Market Hall, which was patterned on Roman temples. You should take the time to allow yourself to be enchanted by Park Güell.

The Guggenheim Museum Bilbao is a museum of modern art. Permanent exhibitions are displayed on several floors, covering some 11,000 m² of space. In addition, outside traveling exhibitions are among the attractions that draw many visitors annually. The museum is one of seven museums belonging to the Solomon R. Guggenheim Foundation. The Foundation’s parent institution opened in New York in 1939. The museum in Bilbao is the third of its kind.

In the heart of the Andalusian capital of Seville lies Plaza de España, one of the most beautiful squares in Spain. Built for the Ibero-American Exposition in 1929, the semicircular square’s impressive architecture is characterized by its red brick and painted tiles. The magnificent main building, flanked by two high towers, houses the Andalusian government today.

The Cies Islands are an archipelago made up of three main islands. Only two of those islands, Monteagudo and Montefaro, are accessible to the general public by a bridge connecting them. Ferry boats dock on Monteagudo, and from there you can walk to the island of Montefaro. Unfortunately, because of the strong current between the islands, canoe trips from one island to the other are not possible. If you want to go to San Martiño, a small fee will ensure passage from the ports of Vigo or Cangas.

It is not just a tram. The original cars from the 1930s are made entirely out of wood on the inside. The ride goes up and down the steep hills of Lisbon, past the main sights, and through incredibly narrow streets. You won’t find a comparable tram anywhere in the world. The 28E route is a regular tram line that runs between the terminal stops Maritim Moniz and Capo Ourique. It passes through the Graça district and along the narrow historic streets of Alfama, past the Miradouro Santa Luzia and the Sé Cathedral, continuing through the center (Baixa) and shopping promenade Rua Auguste, and up a hill through the Chiado District. From there the route goes in the direction of Parliament and the Basilica da Estrela.

The Church of the Third Order of the Carmelites of Carmo, as the full name states, was built in the eighteenth century. It is one of the most beautiful buildings in the Rococo style in Porto, due not only to the architecture but also to the altar area. A special feature is its side façade, which is kept open by windows with rails and completely covered with tiles.

This parish church is dedicated to the Madonna of the Ascension and is located at the Plaza de la Constitución. Construction began in the mid-16th century in the Gothic transition style and was completed in the Baroque style in the 17th century.  For this reason the presbytery was constructed out of limestone and the vestry and tower out of brick.

The historical part of the old town is located on a hill in the western part of the city and surrounded by a ring road. The San Salvador Cathedral of Oviedo, whose construction lasted two centuries, is the focal point. The church tower reaches a height of 82 meters and dominates the Plaza de la Catedral, which spreads out before it. Other attractions in the cathedral include the large main altar as well as the crypt containing the graves of Asturian kings.

The lighthouse Cabo Mayor is a landmark of Santander. It was built from 1833 to 1839 and is still in full operation. A good view of the lighthouse from the sea can be enjoyed from a boat tour through the Bay of Santander, which takes you past the peninsula of La Magdalena.

The Plaza de la Virgen Blanca and the Plaza de España form the city center. In the middle of the Plaza de la Virgen Blanca is a monument commemorating the Battle of Vitoria, where French invasion forces were defeated in 1813. Glazed white wooden balconies adorn the houses around the square. Because of the relatively low winter temperatures, the lowlands around Vitoria are known as the “Siberia of the Basque region.”

The huge Basilica Nuestra Señora del Pilar is the largest Baroque building in Spain. According to tradition, the Virgin Mary is said to have appeared here to Saint Santiago. The cathedral’s main attraction is the statue of Mary on a pillar in the chapel. The breathtaking frescoes on the ceiling were painted by Goya and Velázquez.

The Plaza Mayor is located in the historical center and is a popular meeting place. After a major fire at the end of the 16th century, the Plaza Mayor was created in a rectangular shape. It is considered a model for the central squares in other Spanish cities such as Salamanca and Madrid. Across from the town hall is the Teatro Zorrilla. This was previously the site of the monastery where Christopher Columbus died in 1506. High granite arches above the winding streets provide shade and a pleasantly cool atmosphere for the shops, bars, and restaurants.

To the north of the cathedral, and starting at the Calle Trapería, are the most important pedestrian thoroughfares. They go past the casino to the Plaza de Santo Domingo. The landmark Casino of Murcia, located at Calle Trapería 18, is typical of other Spanish casinos in that it is not a place of gambling but a private club. It will be able to be visited after its renovation is complete.

The two main visitor destinations are on the city’s two hills which face each other: the Alhambra and the Albaicín. From the 13th to 14th century, the Moorish Alhambra was built as a magnificent residence for the Nazarite monarchs. It is the symbol of Granada, and during the season a spontaneous visit is nearly impossible. Accordingly, tickets should be reserved early.

The cathedral’s size is particularly impressive. Wind and seawater have shaped and changed this cathedral over the years. The neighboring Cathedral Museum is known for its monstrances.

Overgrown cliffs on both sides of the sea rise up over and surround the romantic Bay of Cala Llombards. A hike to the top of the right rock face provides a fantastic view along the coast. A narrow path approximately 100 meters long leads to the beach. Many colorful shoals of fish dare to come fairly close to shore, so that fishermen and snorkelers find what they are looking for. The expansive beach extending into the interior and the flat access to the water are also ideal for families with children.

Due to the turbulent city history, construction of the three-naved Santa Ana Cathedral took more than 500 years. The tour includes a visit to the Diocesan Museum, which has numerous religious exhibits from the former colonies. One of the spires can be toured for a fee and offers scenic views of the city and ocean.

The Auditorium of Tenerife was designed by the architect Santiago Calatrava and is a masterpiece with powerful impact. The different floors of the building culminate in the impressive dome in the symphony hall. Round and contoured shapes dominate the space, and at a height of 50 meters, a massive, almost free-floating wing arches over and reinforces the building’s feel of movement and flexibility.